Slow day for the morning. We had an initial plan for going to the beach and snorkeling but it’s overcast and was raining earlier. We’re reevaluating the plan for today over breakfast. I’m out here early again for some free time to work on these entries and the photos.

Good breakfast with green banana (plantain) cakes with cheese, fresh fruit and eggs. The owner thinks the weather might be better at the beach and encouraged us to stick with the plan so we did. Some (actually most) of the people aren’t feeling well so only mary, myself, deanna, and sarah went. We caught a cab to the entrance to the tortoise park which leads to Tortuga Bay (tortoise bay). 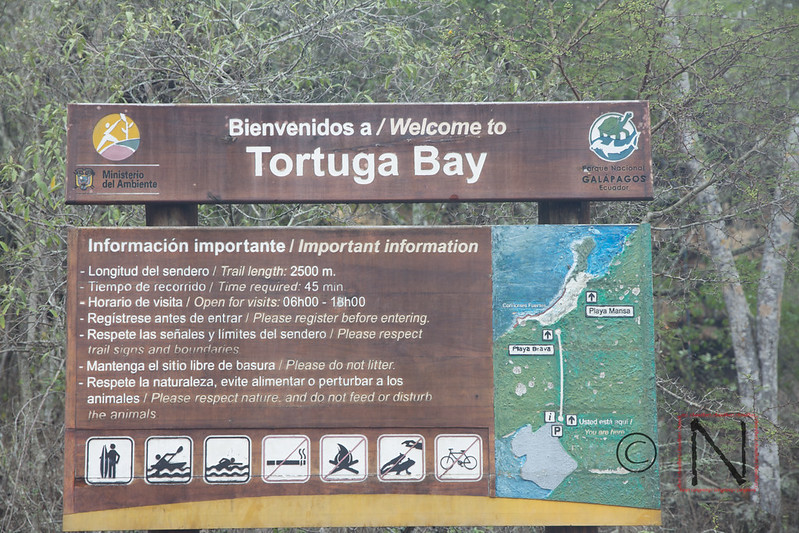 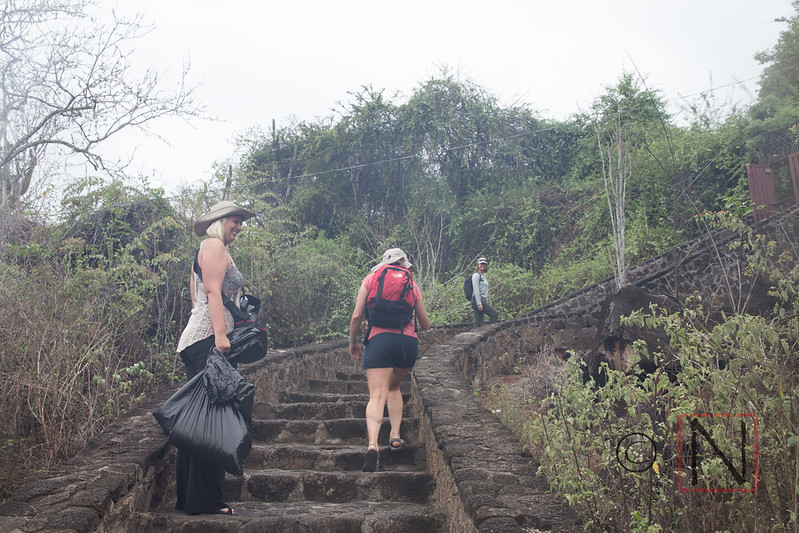 Then it was a 30 minute walk to the beginning of the beach. The path was well paved with just an initial steep incline of steps and occasional ups and downs in the path. 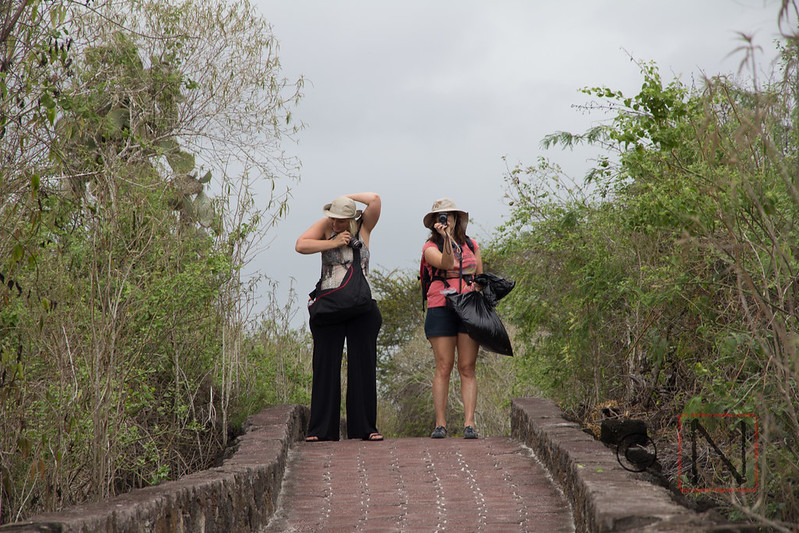 There was a runner on the path. As usual, no warning or anything when she was coming through or wanted to pass, just like the mountain bikers.

Once on the beach the signs confirm what we were told initially about the waters, it was rough. 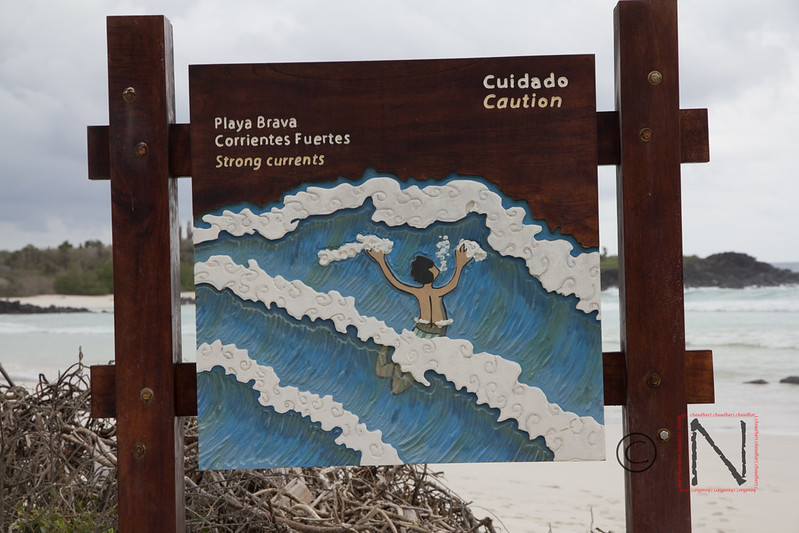 Some people were body boarding and power to them. We chose to keep walking about 15-20 minutes around the corner to a mangrove area that was very quiet. 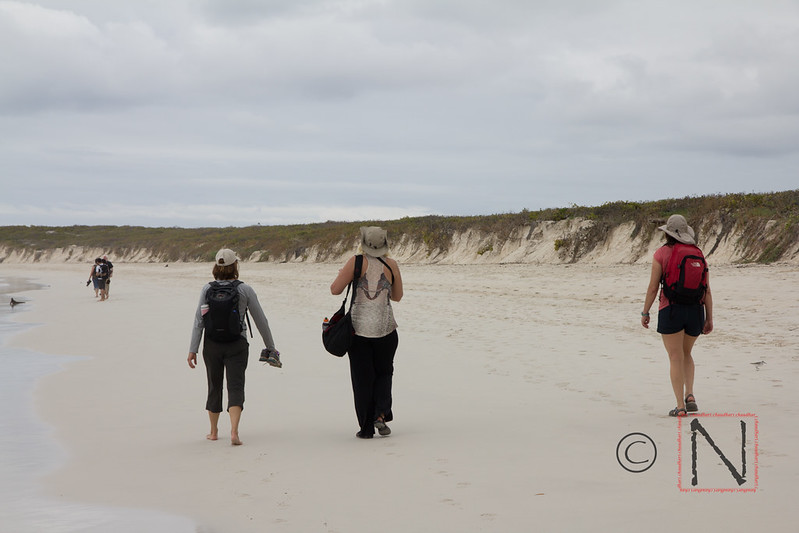 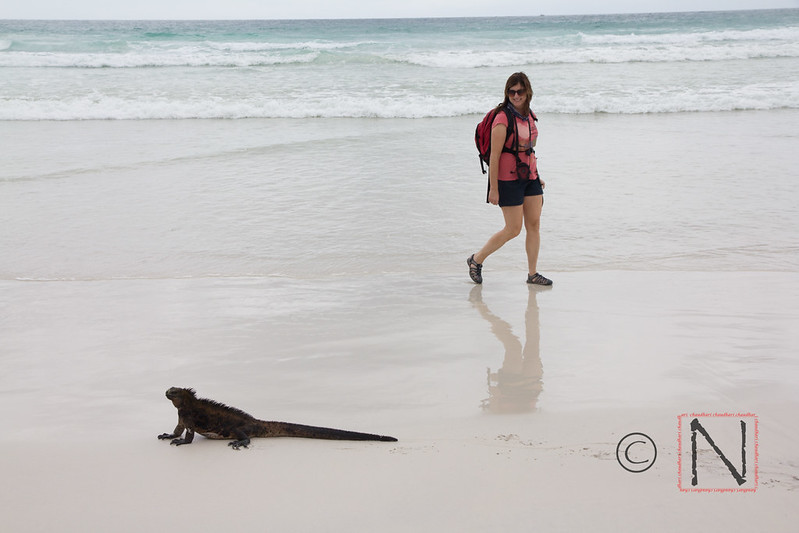 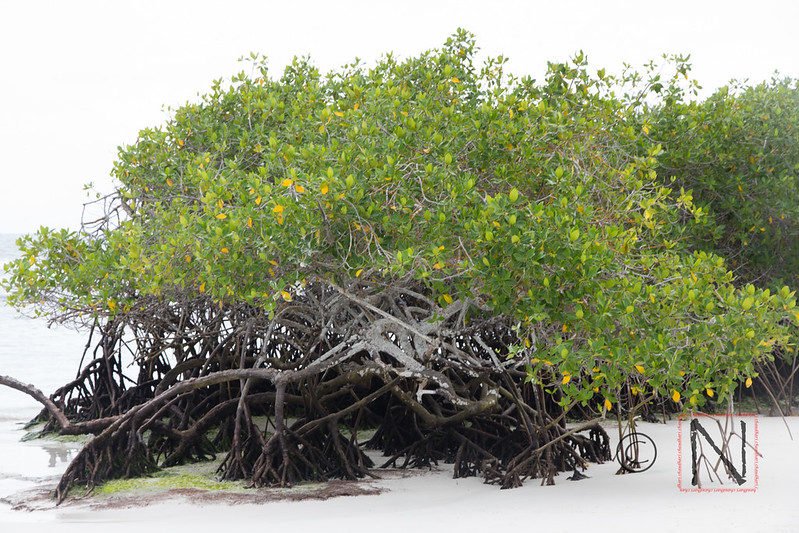 It was also really bad for snorkeling as the water was very silty. 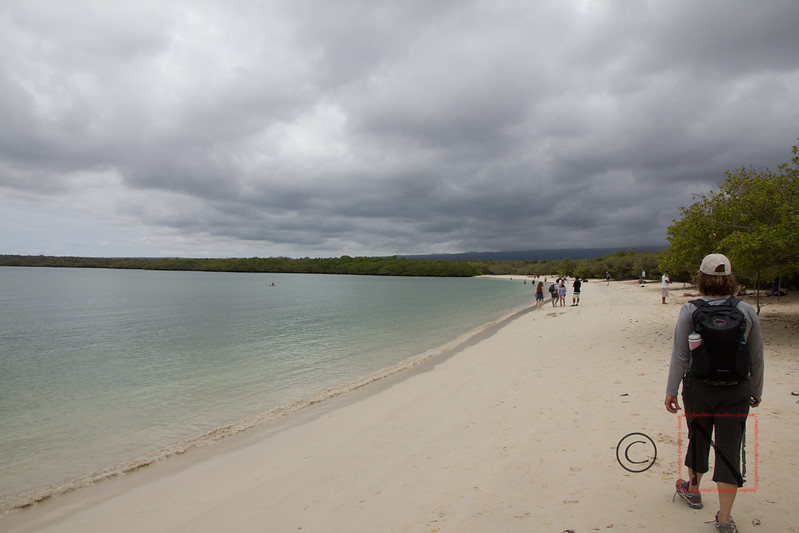 The biggest benefit is that there are vegetarian sharks in the water. They were about 3-4 feet in length and of course moved fast. They were easier to see when standing in the water without moving. Unfortunately, no pics or videos.

Some of the group had gone for a walk and came across a small octopus. They came back to tell us and we went to go see. Mary with eagle eyes spotted it again when we got to the small water area. Gopro action ensued and the video looks great. 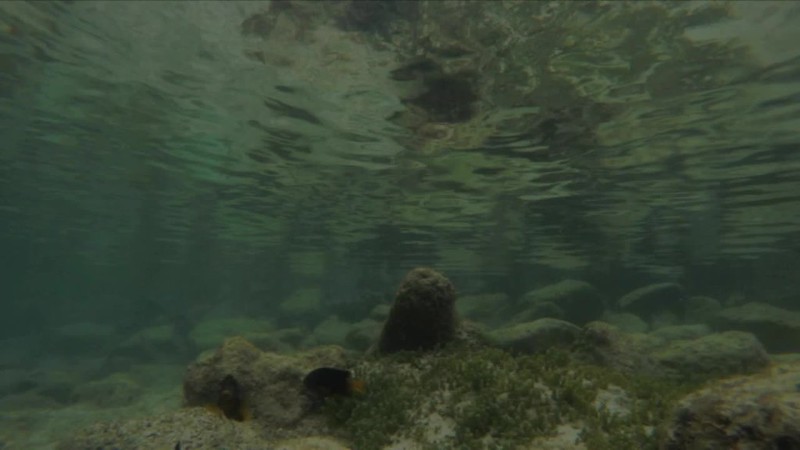 The way it changes colors and moves is fascinating. It did try and lunge at my camera once and another time starting crawling on my foot. I did freak a little on that part though and pulled my foot away after a few seconds.

We went back to the beach area as others in the group showed up. We spent about another hour or so until we took a water taxi back. We saw another booby on the way to the water taxi. 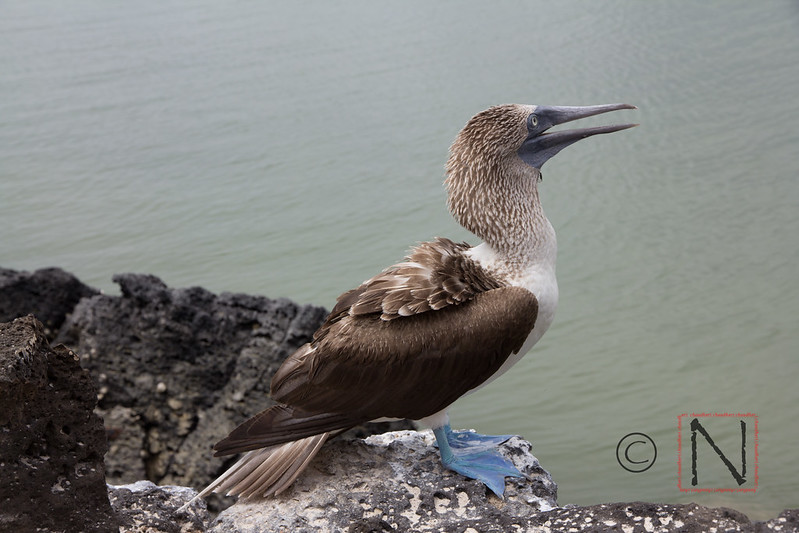 They said it was calm water but it was bumpy and the boat rocked side to side. I got wet again but not as much as kristi. It was still a fun ride. We walked from the pier to a pizza place. Yummy pizza and beer. We took the rest back to the hotel for those that were unwell that still wanted something to eat. Then a slight change, another cold shower and off with mary, laura and deanna for a walk to the Darwin Museum. 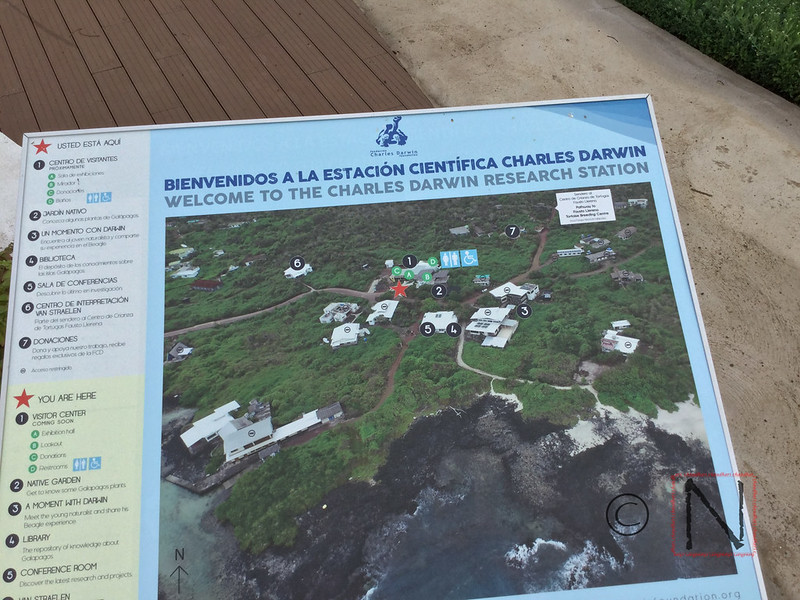 Of course when we got there we found out that it was undergoing renovations and was closed. So we walked back stopping by a small are with tilework. 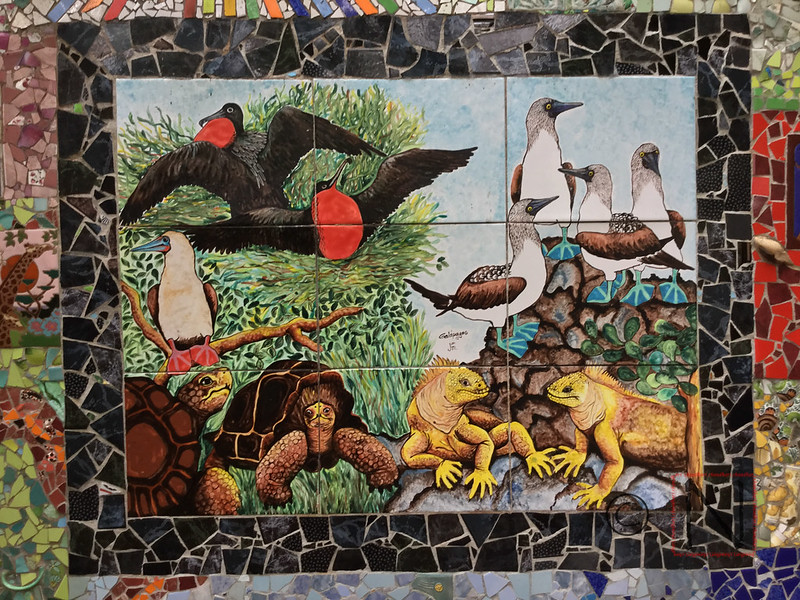 Mary split back to the hotel and deanna and I went to the grocery store. We found some more pecari chocolate and some ecuador chocolate. The local stuff wasn’t so good but I know the pecari stuff is. Then some wondering around about before getting back to my room. Some quick typing and a little relaxing and now off to our last galapagos dinner. *Sniff*. We fly out tomorrow afternoon after a swim in the grotto.

It was an ok dinner. I had the potato and avocado soup. It was filling enough. I need to get back to eat smaller and lighter. No drinks for me tonight. There was a table that had a singer come for a few songs. It was very loud so we moved to another table downstairs. It was still loud but more acceptable. She stopped after a few songs. There was also a funny grasshopper that kept jumping around and onto people. Mary seemed to get a double dose of it. She moved closer where the cockroach was sitting. That’s a sign of how much the grasshopper disturbed her.