(update: if you want to skip all the chatter and just look at all the photos you can go to www.flickr.com/santasfallenangel/sets )

I’m on my way to the Galapagos. I knew I would be as I am the who booked the trip to begin with. I got home after work and had about a 48 hour turnaround to get ready for this trip, that’s including sleep. I wasn’t awestruck or anything when I was getting things ready. Same basic setup. Do the laundry. Make sure the mail is on hold. Remind people you are leaving. Get your todo list of the things you can’t forget with a tiered down secondary and tertiary list of the things it would suck to forget and the stuff you can always pick up if you really needed to. Don’t forget: passport, money. I think that’s about it. Yes it’s nice to have clothes and other things but with a credit card you can probably pick up most things you need. Most people that know me would assume, rightly, I would have also included camera, batteries, and battery chargers. I think those would fall into the second tier of things that would suck to forget. It is the galapagos. Darwin’s finches, giant tortoises humping, the things dreams are made of, or at least the things that I learned about in science that stirs the imagination. A phone camera will work also and worst case is I’d have to resort to my memory, which is something I most assuredly don’t want to do. Besides, we don’t have the interface yet to extract the videos and pictures stored in my head.

The trip itself is continuing uneventfully. TSA Pre-check (yeah for global entry!) allowing me to keep my shoes on and the laptop in the bag is such an uber saving grace. So much faster. One can hate the layovers, changing terminals on shuttles but keeping sight on the prize helps with the passage of time. Having a sub sandwich in the backpack that I bought before the first flight also helps tremendously as well. No rushing through a line in a terminal to get food I probably don’t want anyway. 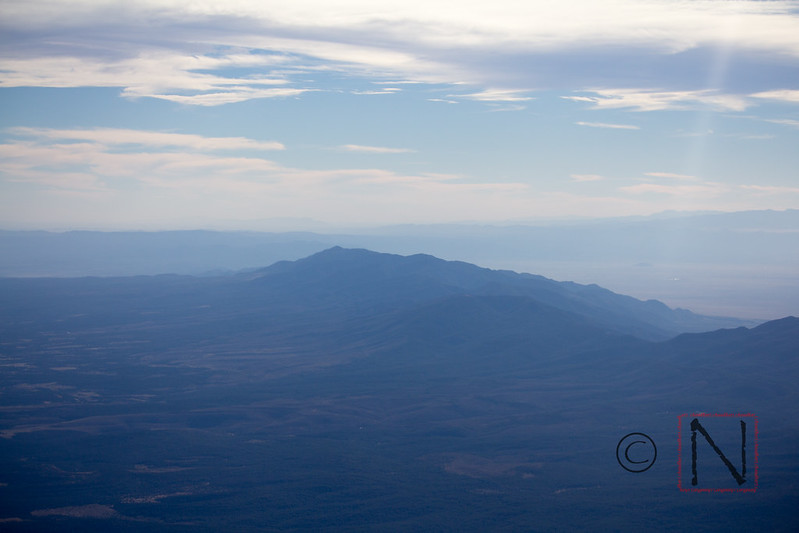 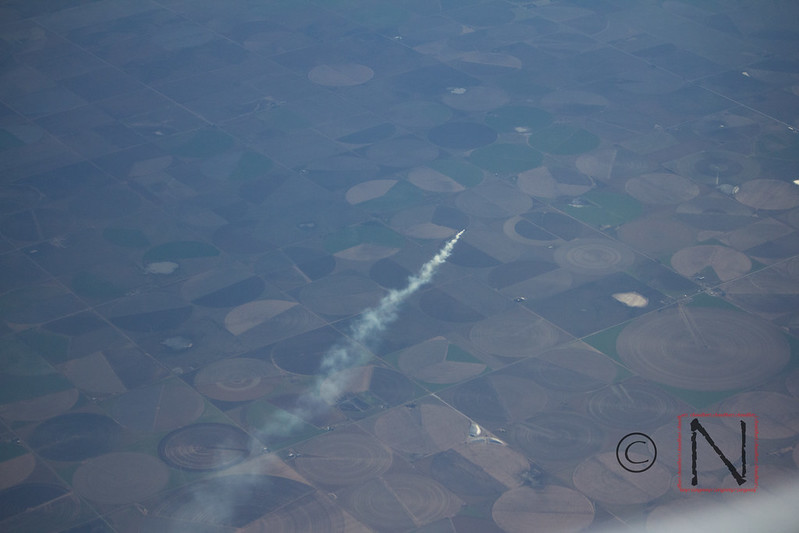 I’m already excited by some of the photos I’ve taken so far and I’m not where close to even being there yet. I have this thing for americana pictures when I see them. And clouds but now I’m getting more picky with them. I can only hope the pictures get better and better. One of the aspects I’m looking forward to on this trip is the idea that that instead of staying on boat in the evening, I’ll be staying in a hotel on the islands. Late night strolls and whatnot. Yeah to 110V and 60hz! I should be able to recharge whatever I need to each night, which is basically the laptop and the camera batteries. I have a portable camera battery charger but I haven’t really put it to the test to know how long it takes to actually charge the battery without an outlet. 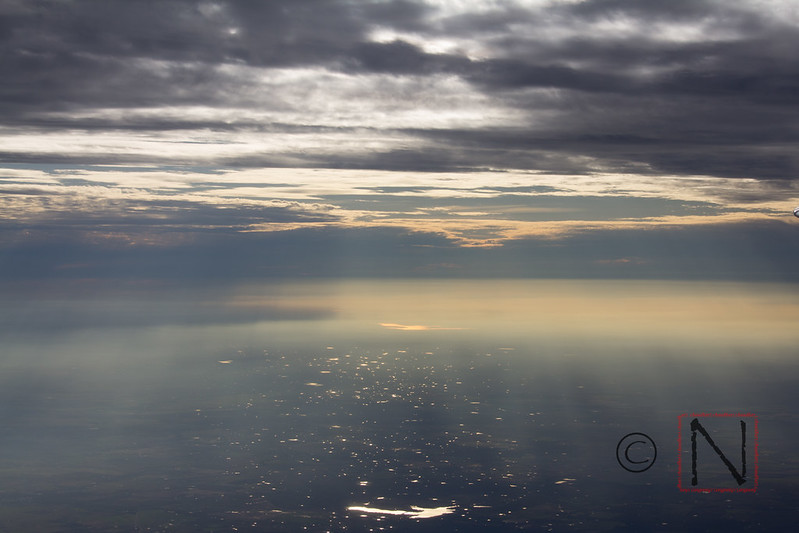 The flight from dallas to miami was nice. Business class with seats that lay back was cool. Just the wrong time of the day for it. It also stunk that the entertainment system get fritzing and I didn’t finish my movie.

Landing in miami I was in for a small shock. I had to change terminals but worse, it was not a secure transfer. That’s right. I had to leave one terminal and walk to the next terminal. I asked someone where I was going. She looked at my ticket and said I only had an hour so I should hurry. That’s never a good thing to hear. She was right though. It felt like I walked all the way across to the farthest terminal to change from american airlines to LAN. There was also no TSA pre-check. Shoes off. Laptop out. :(. Then the third thing. The water bottle. The wonderfully full water bottle that was fine in the other terminal is now a bane to my well being. I just forgot it was there I was rushing so much. So of course, pull the bag out and go out to empty it before coming back in again. Once through it was a short hike to the gate. I was hoping to finally get something to eat but just about everything was closed. There was a starbucks open and at the far end of the terminal there was a restaurant still open. They said they should normally be closed but there was some kind of delay so they stayed open. Quinoa vegetable salad for me, I’m trying to get into better shape, and back to the gate for a short wait. 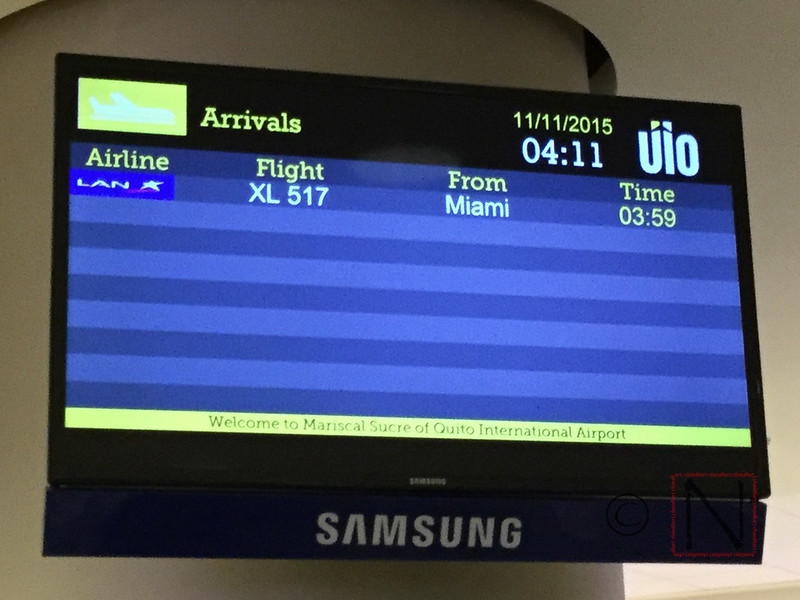 I’m reminded that I really need to take a spanish language immersion class. At the terminal the attendant called out some names, mine included, but I really couldn’t understand him. I guess it could have been the speakers as well. I went up to the desk and possibly because it was a very full flight, I got upgraded to first class. At the same time he let me know that I could have gone to the lounge and gotten some food there or relaxed instead of that one restaurant with food (I’m not counting starbucks). He told me I had time and to check out the lounge. The last time I was in one was in Dubai thanks to my sister’s status. It’s a nice thing. This time is was my good fortune that the lounge was right across from the gate.

I got in and took a look around. They even had a shower had I had the time. Snacks and drinks mainly that I saw quickly. The quinoa salad would hold. I had some crackers and hard cheese (better for lactose intolerant people), nuts, a side salad and a wonder small bowl of cut fresh fruit. Still healthy. I did have a little whisky on the rocks and I broke down and had a mac nut cookie. -1 for temptation. Everyone else was so relaxed in the lounge but I was frantic knowing that the flight was probably boarding at that time. I couldn’t resist and I packed up the nuts and took off. Total time in the lounge, probably 15 minutes.

At the gate I put myself in line and pushed ahead. I did manage to get my backpack up into some space. I was first class, but bulkhead first class. I also found out that my water bottle doesn’t have a tight seal. That came down quickly. The guy sitting next to me was grumpy and didn’t always seem to care what the flight attendant said. The meal would have probably been good but I’m also cutting down on my meat intake so I just had another salad, more fruit and I broke down for the wheat roll and butter. I’m also trying to cut down on the carbs.

Just as I’m finishing and ready to sleep, the gentleman on my other side decides he’s done sleeping and turns his light on to work on the crossword. He drifts in and out of sleep the rest of the time. The flight overall went well. Turbulence wasn’t too bad. As we were descending it occurred to me that not only was I going to the galapogas but that I was in South America, also a first time thing.

Since this is actually in Day 2 now I’ll continue there.