Woke up on my own and now off to an early breakfast for a long day. Hope to see some penguins today.

It was a quick breakfast. Scrambled eggs, bread, cheese and a tomato. It made a nice sandwich at least. While we were eating, the bus stopped by to pick us up. We weren’t the only ones on it already so we just crammed into the spaces that were left. The trip took about 45 minutes to the north side of the island port where our boat was awaiting us. We were able to board directly onto it without any problems. We stowed our shoes and starting moving about. I keep expecting the coast guard briefing but then remember that we aren’t in US territory anymore. It took about an hour and forty five minutes to get to an island that was just for seeing these nazca boobies. They don’t have blue feet. 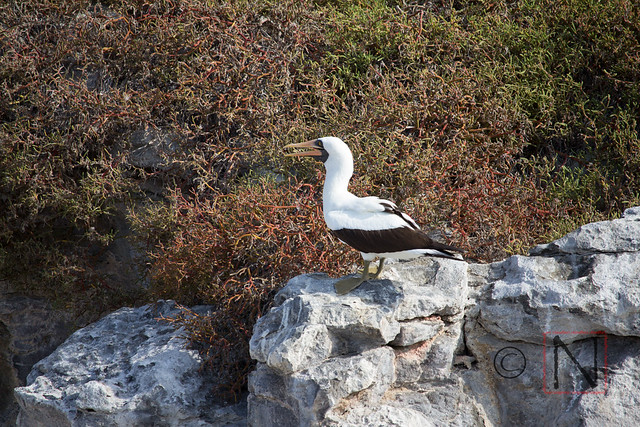 Along the way we saw some turtles mating and people took the time to relax and enjoy the trip. 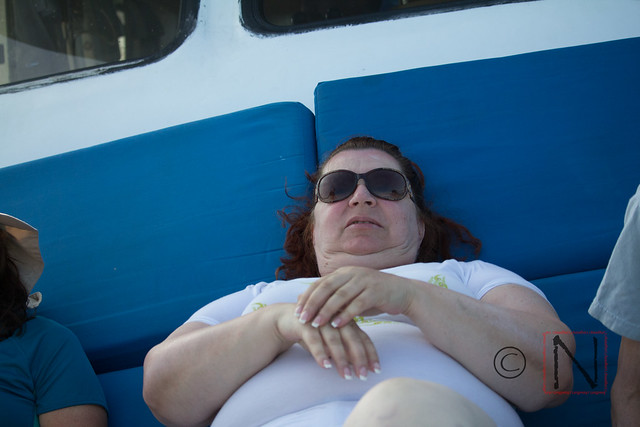 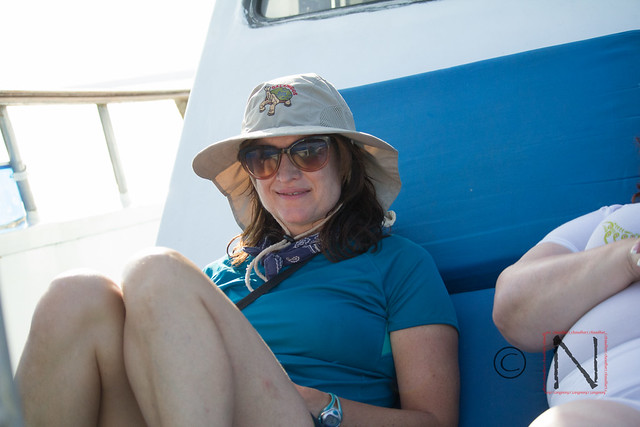 We also had a hitchhiking frigate bird. 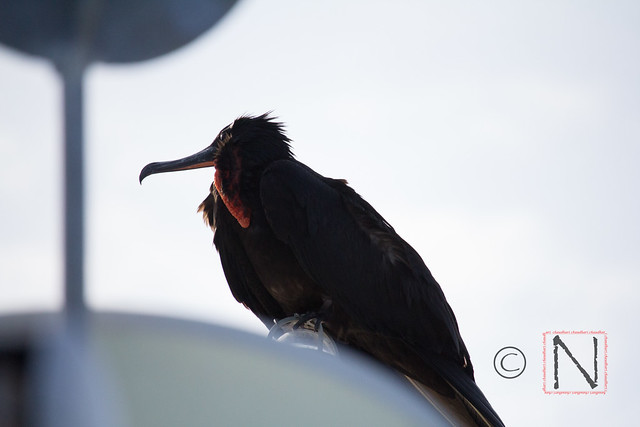 From there it was about another hour to get to the volcano area that we hiked up. 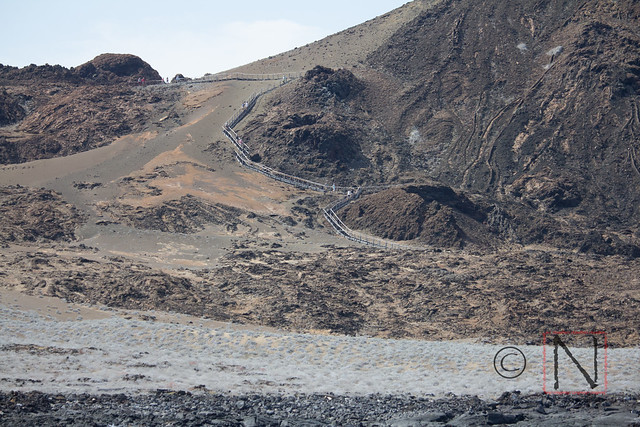 The views were beautiful. Karen was the first to make it to the top. 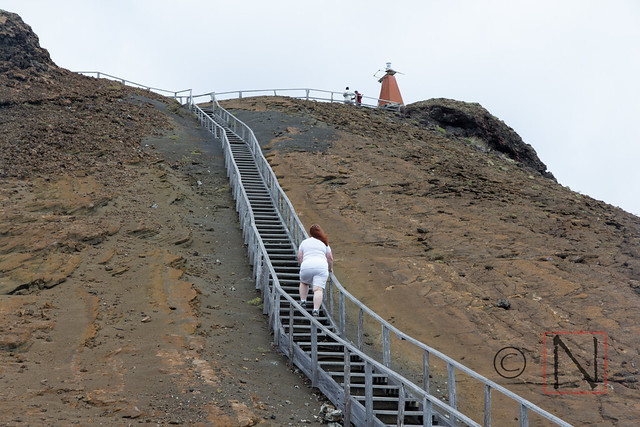 It was interesting to see how many different types of craters there were along with different ages of volcanic rock. 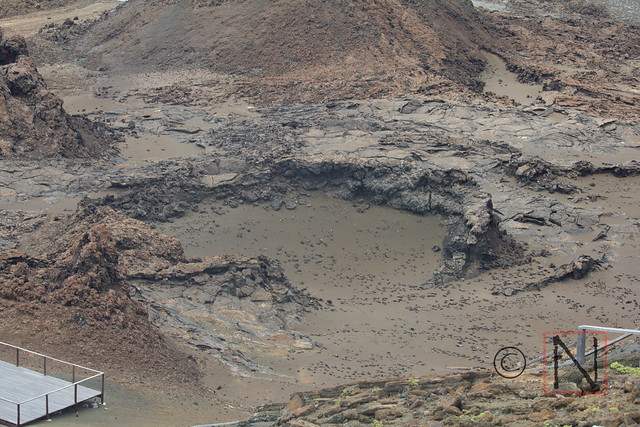 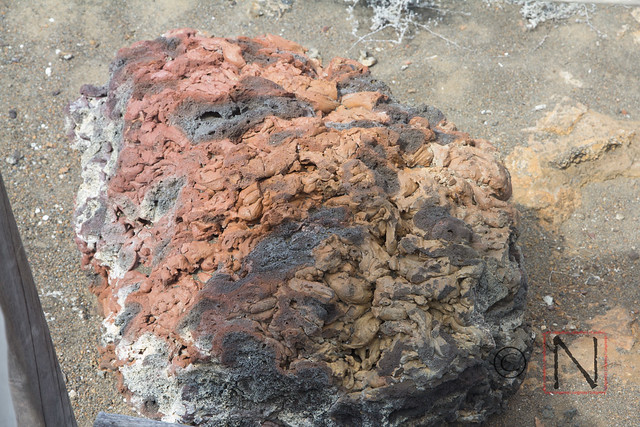 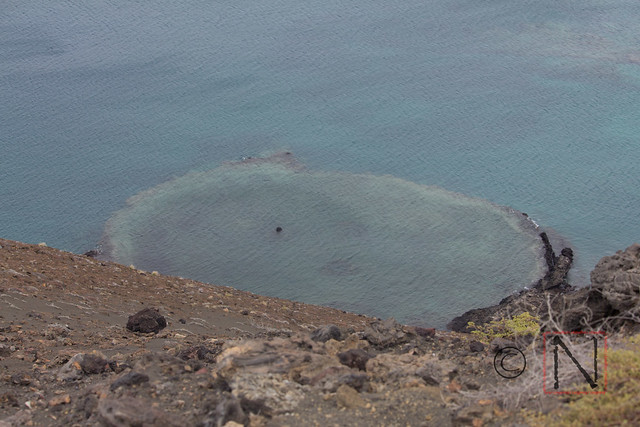 The vegetation is still low and there aren’t a lot of animals. There was a very colorful cactus that I had never seen before. 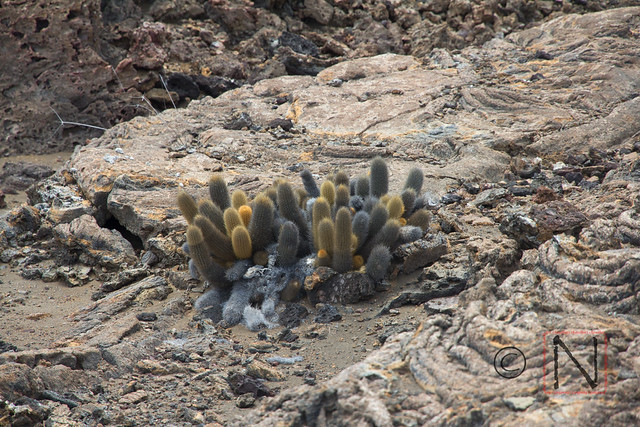 After we made it down, we split into two boats. One group went back to get their snorkel gear and the other group started in the dingy to look for penguins. 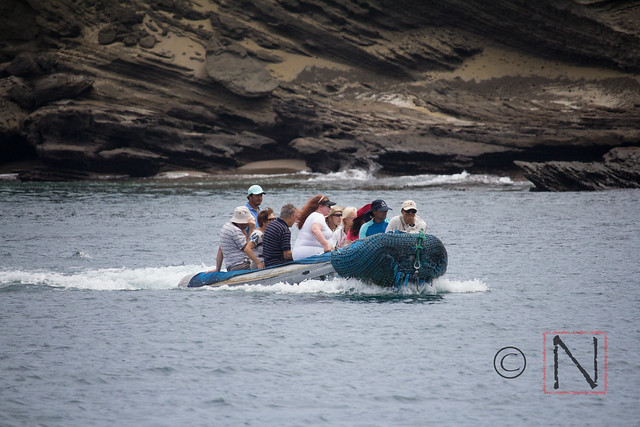 Then we switched. We did see one penguin. It was cute and was very photogenic. 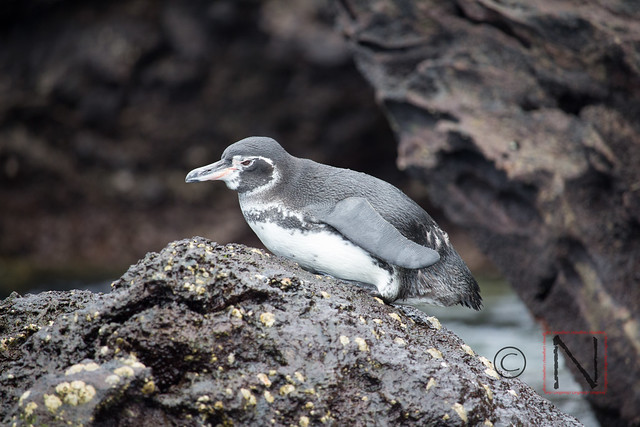 After that another short hike on a lava field that lead to a beach for snorkeling. 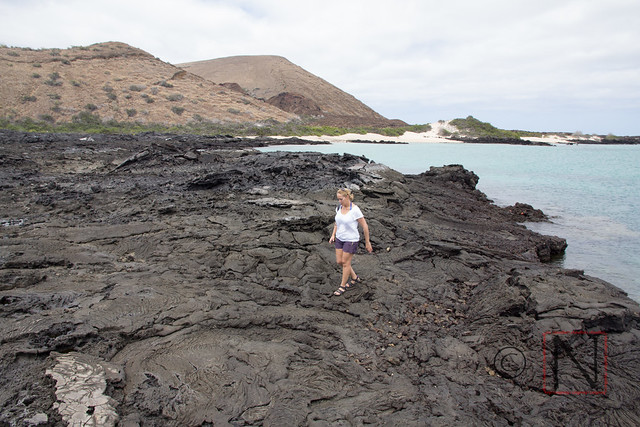 Darwin showed up different types of lava and different formations. 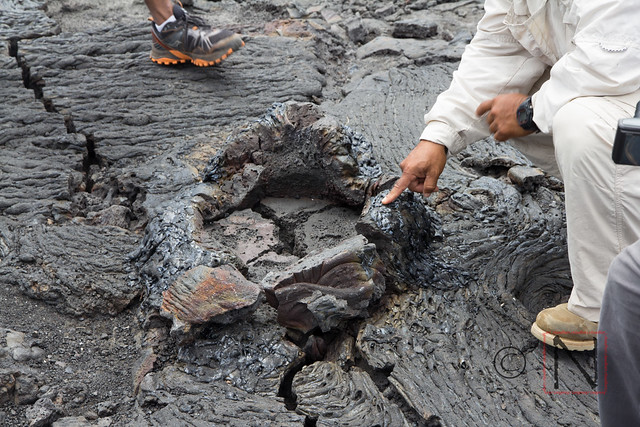 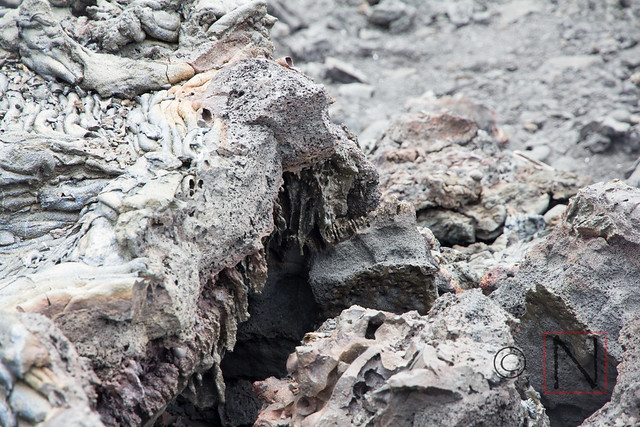 I got a short clip of an iguana swimming underwater. Aashish didn’t think it was running and pulled my camera out early. Oh well. It’s still cool. 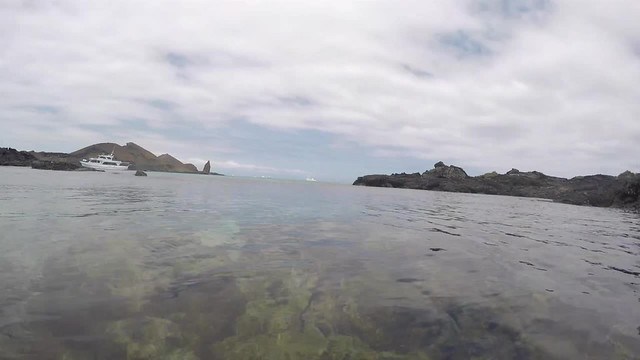 Tara was able to see the shark. I’m jealous. There was also this beautiful turtle with a reddish back that I’ve never seen before. My gopro case had a crack in the front and I was nervous that not only was I not getting video of the turtle but the gopro itself would be ruined. Got lucky. 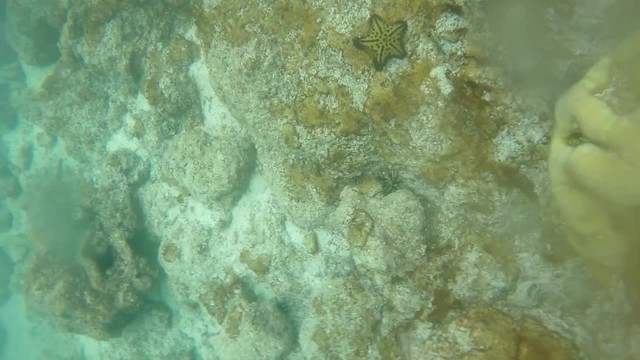 Unfortunately I didn’t notice the object in my back pocket which turned out to be my phone. It’s a brick now and even worse, so is the memory card. Thankfully I’m crazy enough to download photos each day. My phone was getting old so now I can start looking for a new phone.

Back on board it was time for lunch. I was hungry enough I cleaned up my plate. Then it was a long trip back to the island. Unfortunately again, it was a 45 minutes ride back to hotel. There was just enough time to shower, shave and get ready for dinner. The plans for the fish market place for dinner were canceled and we went out elsewhere which was fine. Good argentinean wine and then off to bed.

It’s hard to believe this trip is finishing so quickly.