The day started with an early breakfast since our flight got moved up about 1.5 hours. Can’t say I’ve had a flight leave earlier before. We had another great meal at the Blue Booby Inn of green banana cakes with cheese as well as those big round yuca balls filled with cheese. From there a few of us went with the guide to the port to catch a very quick water taxi across the bay to see Las Grietas. 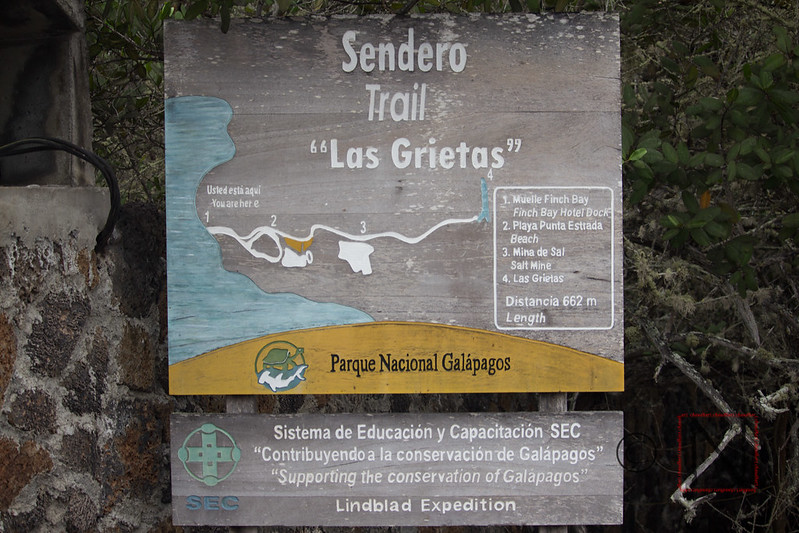 Per Daniel (guide) this is a crevice/gorge area that arose from a fault line. Salty sea water comes in underground through one side and the on the other side is fresh water so you do get a thermocline. Once off the boat it’s a pretty easy hike up. 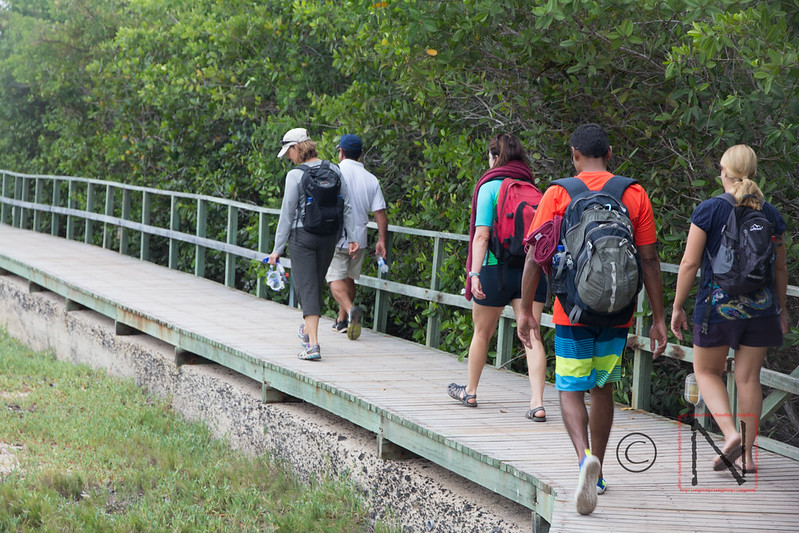 There are also plenty of signs pointing you in the right direction. We saw some more of the endemic cotton. It still looks cool. 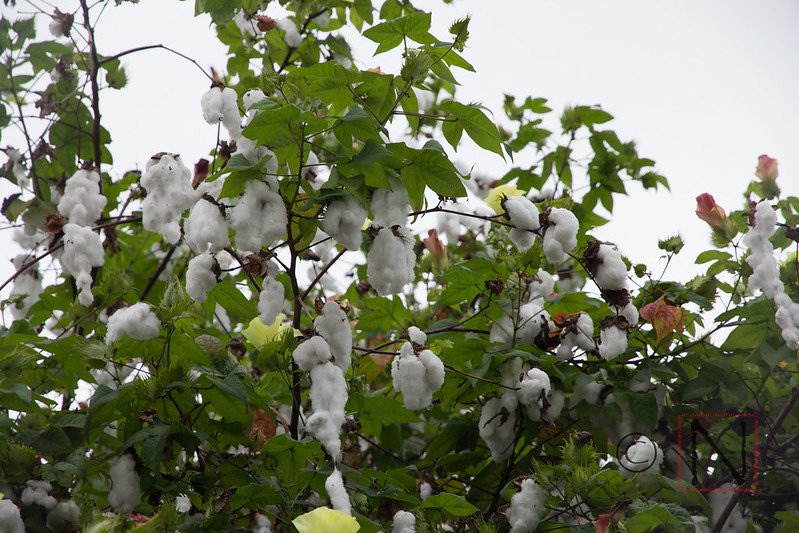 There was wildlife to be seen including a crane that stalked something in the water. 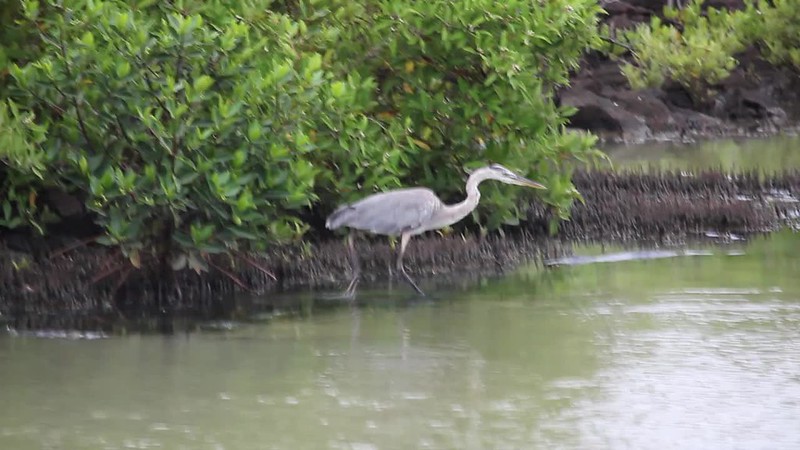 You don’t have to worry about vehicles because there aren’t any. There is one pathway to that is an overlook of the gorge and another that leads down to the water on some wooden steps. 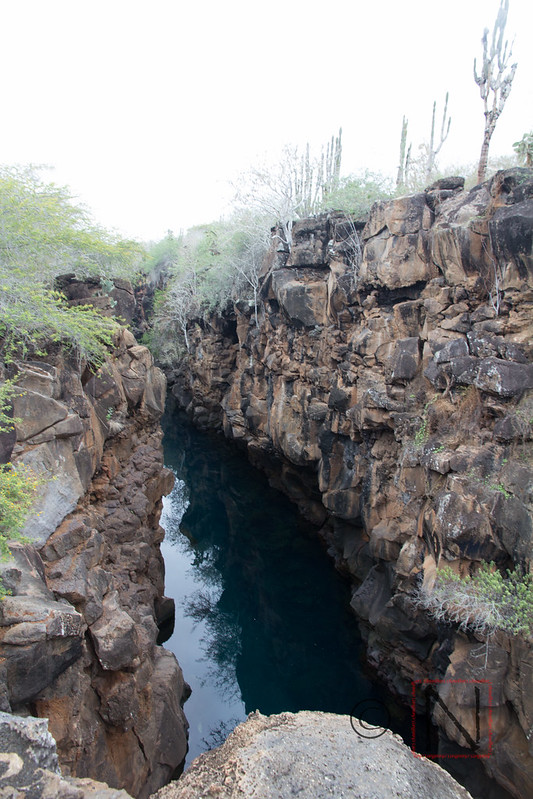 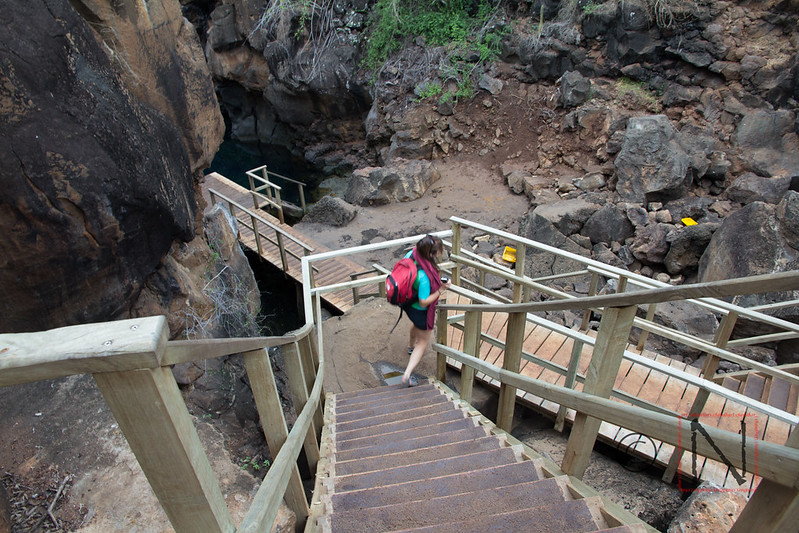 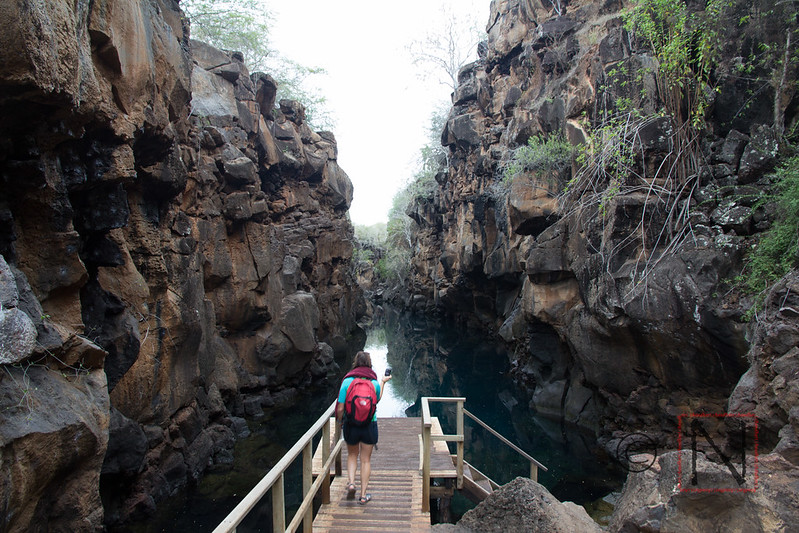 Before you even get in you can see almost to the bottom the water is so clear. 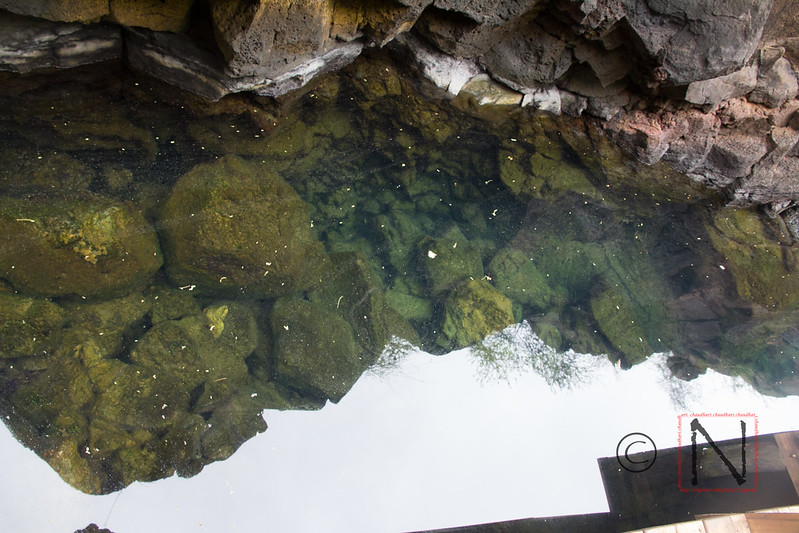 Jumping in was a slight shock to the system because of how cold it was but of course as soon you start moving you warm up. There were three ‘pools’ you could maneuver among. Basically it’s one water system broken up by giant boulders that have fallen over time. Some scrambling was required to get from pool to pool, including scrapes. Not only did I leave my heart in the galapagos, I also now left some blood and skin on those rocks getting around. Only Daniel, myself, aashish and mary went in. I also did a goof and thought I was recording when I was in the water when I was actually just taking single photos. Many of those photo were just blurry so those quickly went into the reject pile. We had more time but we didn’t use it all. Of course I ended up being the last one to get out. We reversed the trip and got back to the hotel.

Thankfully this time there was some warm water and I was able to get rinsed off. I finished packing and got my things downstairs. Soon the bus arrived and we moved everything on board there. It was the same 45 minutes ride to the pier from the yacht day and a short water taxi ride over to the other island for the airport. We got off, boarded another bus and then went up a windy hill to the airport. 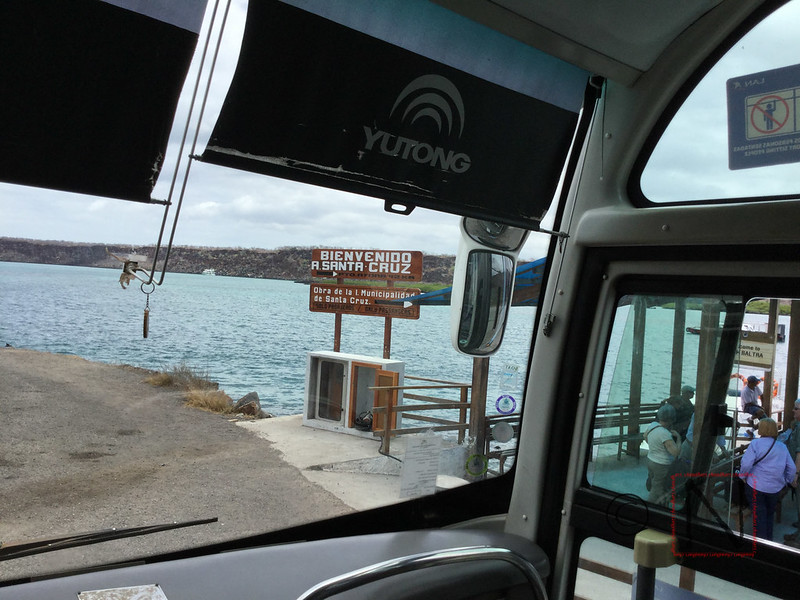 Easy peasy checkin and I hope I got the window seat this time for a nap back to Quito. They’ll be some hot tub time and some more yummy food by Patricia and Karla I’m sure back at the inn. Then a very early AM flight with Kristi to Miami where we split from there each to our respective homes. We’re just chilling around at the gate after a quick lunch in the food court. We had planned on lunch at the hotel but didn’t have time with the flight moved up.

It was a good flight for me at least, Karen probably could have enjoyed a smoother one. I was listening to a podcast and must have dosed at some point because I noticed that the end credits were rolling. It took me a couple tries to get through it again as I remembered parts of it and not others. I should have just skipped back and played it through straight. After landing it didn’t take too long to get to the baggage claim for our bags and go through customs. Then another short wait outside for Carlos and his bus to take us back to the inn.

It was nice to be back in the same room with my things still there. A quick cold shower and a change woke me up. Dinner was served almost immediately. As usual, every meal at the inn is superb. I didn’t see patricia so I assume it was all made by sabrina and karla. Mushroom soup with popcorn (and of course their picante sauce) for starter. After all this time I can’t believe that I forgot about Robert’s advice that it may not be enough food so I had another half bowl of soup. Of course when the meal came out it was a lot. Hominy, tomato/onion, avocado that had been picked right before we left and ?yucca or plantain cakes. Everything with the picante on top. 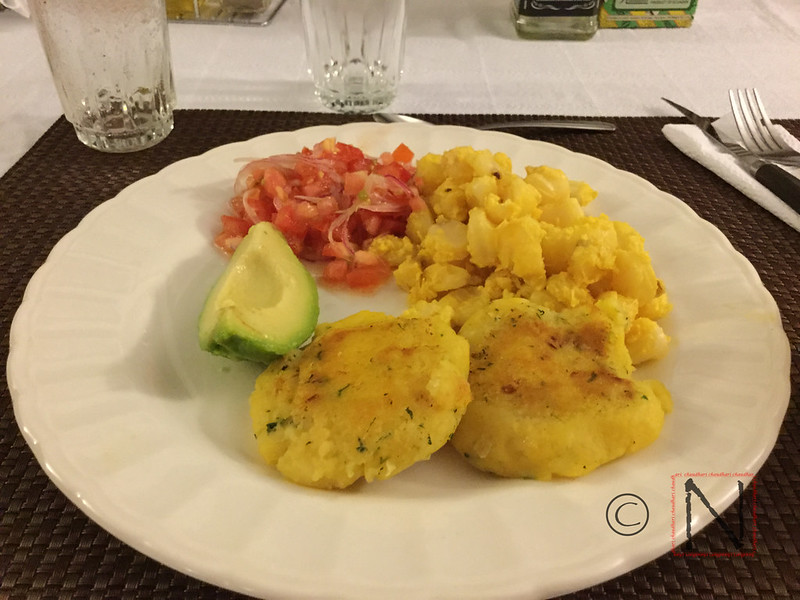 Laura and Joanne got earlier flights so they started packing, came to dinner and then back to packing as they left soon after. From there it was back to the room to start some packing myself as I would be leaving at 5am tomorrow and not only did I want some sleep, but the hot tub was getting readied. When I did wander our there the water was a bit hot until enough cold water came in to cool it down. The ladies in the water looked good as always. It was chilly outside with some people dressed in cold weather clothes and they didn’t hop in. We all didn’t last too long, maybe 30-45 minutes before heading inside. I put my wet things between a towel in the hopes of getting it to dry somewhat. Then it was back to the living room for more wine and just hanging out until the sleepies caught ahold of me and I went to get a few hours sleep. Apparently, it triggered the fatigue in everyone else and we all drifted off after more goodbyes were said.