After the symphony we went to our dinner outside similar to what I’ve been having so far. The band asked me (pulled me) to play the drums. I’m not sure if it was because I was at the table next to them and tapping on the table, because I was a tourist, or random. Of course I am nowhere near as good as Pablo. I’m happy at least I kept a rhythm. Pablo, Margo, Ebru and I went up some narrow stairs to see a view from the top of a building. I tried smoking more of the Cuban but it went out again. It’s also starting to fall apart. People make smoking look so easy. We turned in early. This morning was finishing packing to have the bags ready for pickup by 7am then off to breakfast. We walked after to a local store where the people use their ration booklets. Now we are headed to the bag of pigs museum.

Pablo rockin the beats. It was nice seeing the looks from the band since they didn’t expect him to know what he was doing.

Dedicated runners with their bare feet

The boards showing the costs of the products they can buy. They are limited as far as amount per kilogram they can have per person in the household.

As expected, the museum was presented from the Cuban viewpoint. As ‘they’ say, history is written by the victors. In this case the attempt by the Cubans/Americans was not able to take the control they had anticipated and as such the victors show their side that they repelled the “imperialist invaders.” Lives were lost on both sides and the political ramifications are felt around the globe. The Cuban missile crisis. The subsequent disarmament of the missiles in turkey. The change in regime in turkey (per Ebru). That was then. We are now even more globally linked than ever before and less prepared for a world change. If the economy of a world power collapses, most of industrialized man wouldn’t be prepared to handle the consequences. Something like what happened in Greece had strong ripples.

Locals and their small farming area

This is how they dry the rice… on the side of the road.

A tank at the museum

A plane at the museum

Weapons inside the museum

Before the museum, since I forgot to talk about it, was the school for the arts. They had the students present music (flute, sax, choral, piano) and choreography. The students don’t pay for the school but they have to pay for their uniforms. I don’t know if they pay for their instruments. They were all great. There was one teacher… well, I never had a teacher that looked like her. Wow. She’s the one in the yellow dress. We saw some of the art teachers and of course I had to buy some pieces. There is one that is not in the photos for his religious beliefs. I keep collecting more and more pieces of art. Thankfully Ebru and via Mel may have space if I need it to things back to Miami. From there I’ll carry the pottery and art home as my carryon and checkin my backpack. Good lunch on the way to havana.

People painting in the background. The choreography teacher on the right

Creepy to me sculpture just there 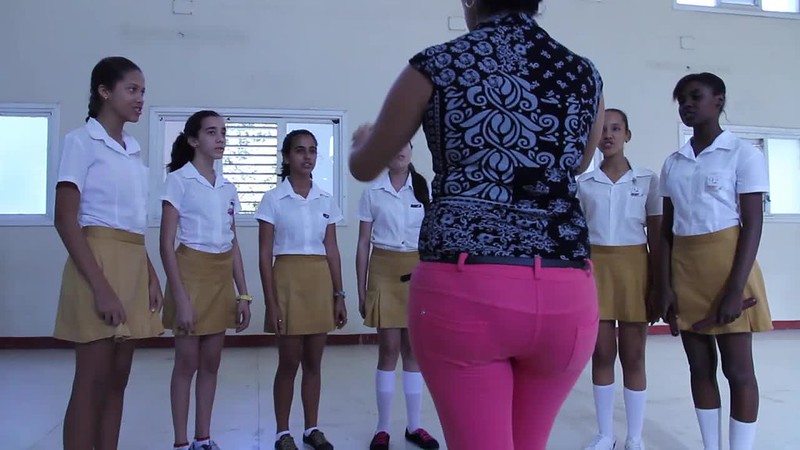 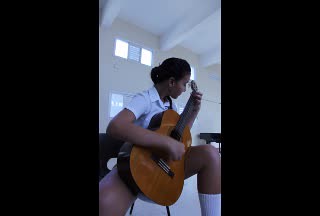 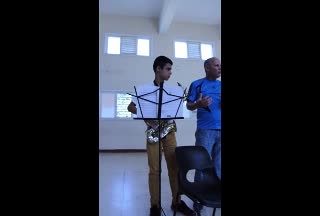 Mural in the courtyard. There is a little girl with a red balloon. Hint: do a search

Art teachers on the right

Someone snagged this before I could

Copy of a famous picture