I slept great. Aashish unfortunately had trouble sleeping through the air conditioner. I woke up early again and went to the breakfast area for wifi and to work on the photos from yesterday. I had mint tea while waiting for breakfast. So many photos to go through. A bowl of fruit, bread, cheese, and eggs for breakfast. The juices are always yummy. The ?grapefruit was ok. Actually, the only thing in the fruit bowl I liked was the papaya.

From breakfast we met Darwin downstairs in the lobby. We boarded a van and got cozy with each other. 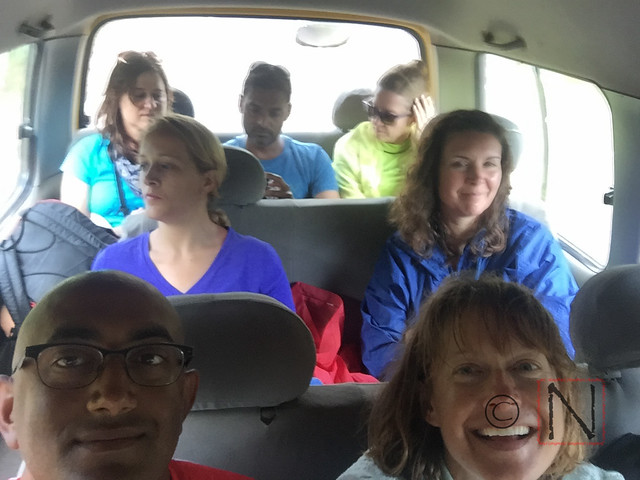 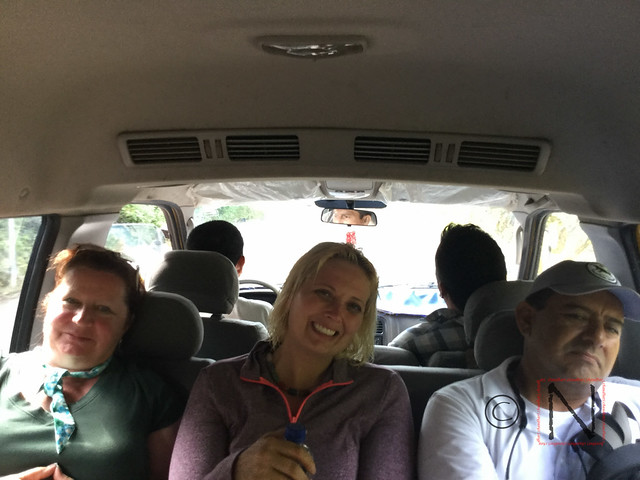 We started with a trip to see a treehouse. No kidding. You can even rent it and get duck therapy (for an additional fee). There is a small hanging bridge that leads up to the treehouse. It sways but not that much. 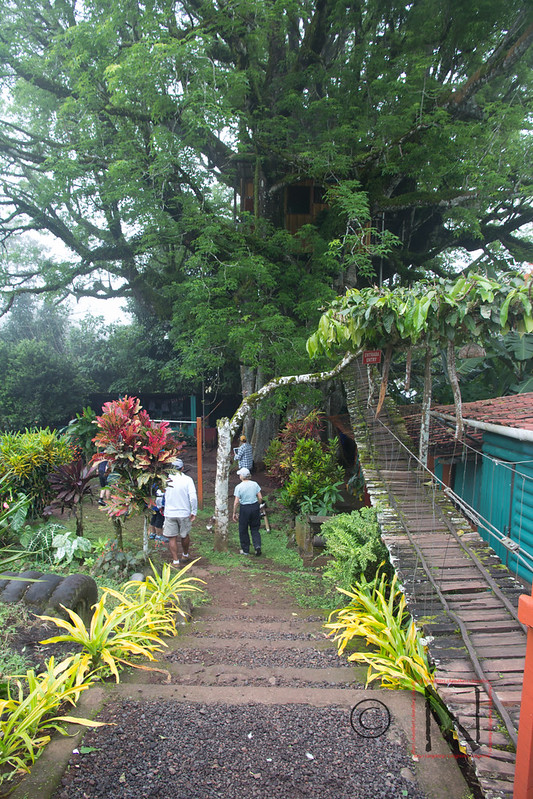 A small ladder leads up and then you are inside. A small ladder from there and you have two beds. They actually looked comfortable. There is a fireman’s pole that even goes down. It makes me think more about finding some piece of land somewhere and plopping down a microhome for getting away. If you aren’t planning on hosting a party of people, you could really get away with a minimum amount of things. I’m serious. I have several magazines with many designs and they are beautiful creations.

From the tree house we boarded the van again and took off to see the tortoises, small ones and big ones. 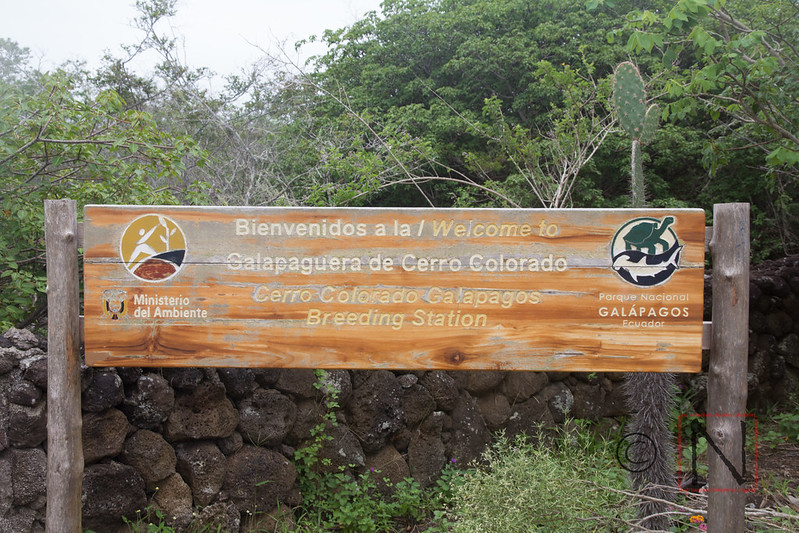 I mean ones so small you can fit them in your hand and big ones that blocked most of the footpath. 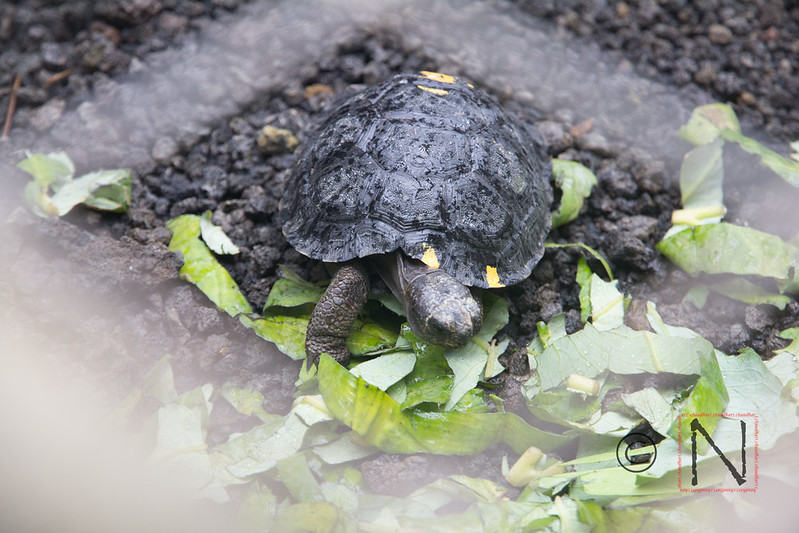 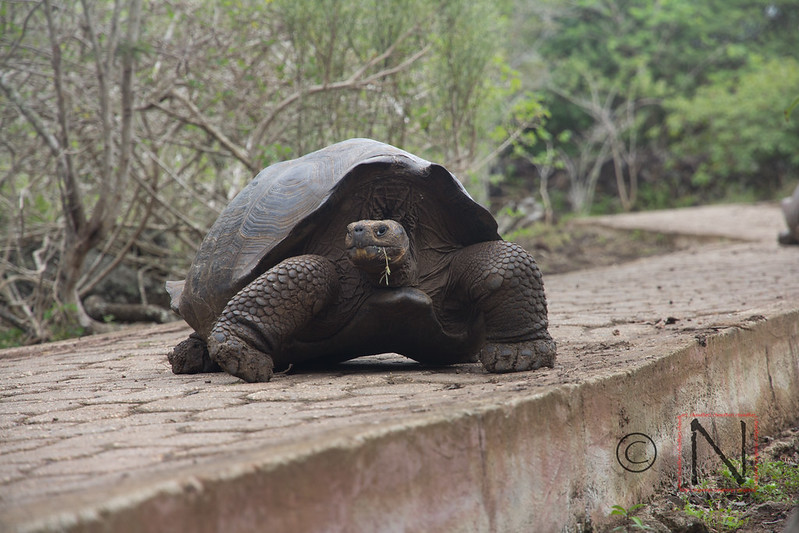 These aren’t the super large ones elsewhere that I think are out there. I’m hoping we’ll see some of those but I’m not sure now as I’m told these are as big as they get. I have it somewhere in my imagination that they get large enough you could ride them. Perhaps it was from some advertising or perspective shots that got this idea stuck in my head. Watching them eat was fun to see. They are hungry guys and gals. 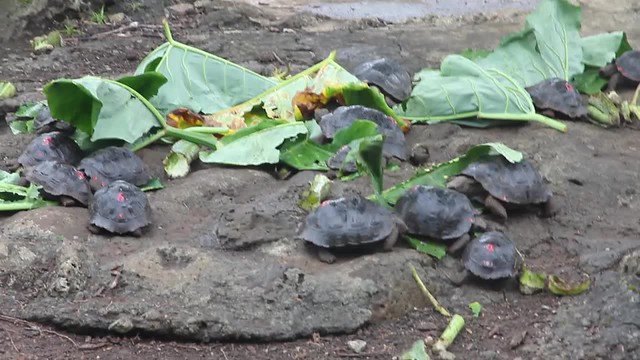 Then to the beach! There were crashing waves and this time I didn’t get tumbled like in hawaii where I struck my head twice on the sand bottom as I got thrashed around. There wasn’t much swimming involved since there were too many crashing waves.

We were also only there for maybe 30 minutes before we left for lunch. The van took us up a short distance to a place you’d probably drive past. The lunch was yummy. I know I say that a lot but it really was. An asian noodle style with vegetables. One of the best meals this trip so far. It was so good, it was in my belly faster than I could remember to take a picture of it. Afterwards on the way back we stopped by a trail to try and see the fresh water lake. We skipped it the first time because it was too misty and we hoped it would clear by the afternoon. No luck though. It was still misty. 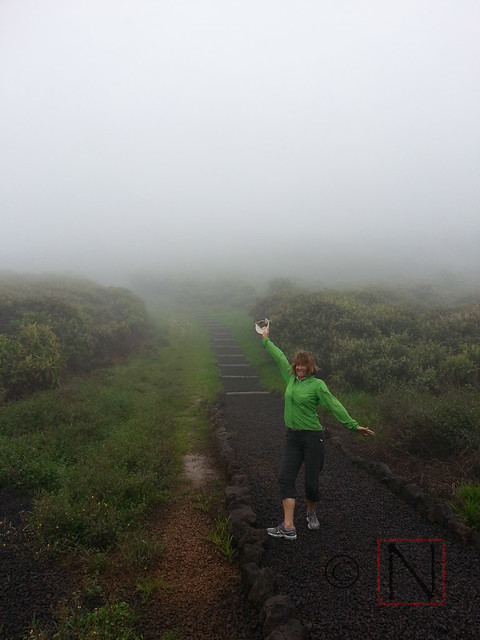 The stairs were very slippery once you got up to them from the gravel path. Deanna and I ran a short bit. Even in my pack I beat her but only for that moment. She says that she started from behind me so I’ll call it a draw. I was winded after that for the rest of the hike up though since I am not as in shape as she is. At first you couldn’t see very much but a strong wind came around and you could catch a glimpse of the lake and then it was misty again and hidden. I only slipped once in the mud on the way back. 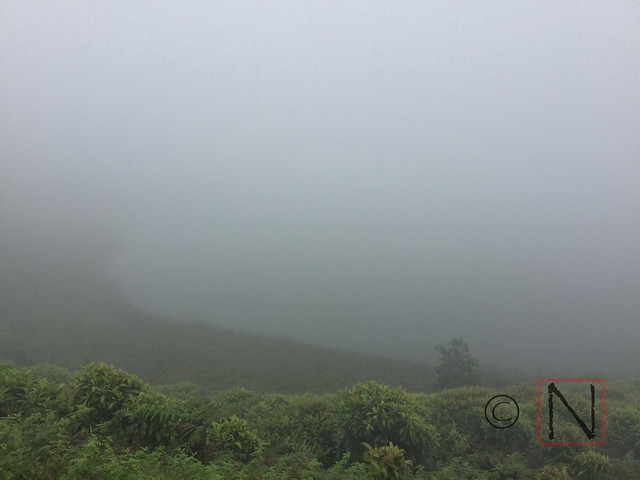 We came back with some free time in the afternoon. Mary and I took a walk. We came across some postcards and the post office was open now that it was the work week. Two dollars to send a postcard seems like a lot but it’s coming from ecuador. We made it back to the interpretation center. 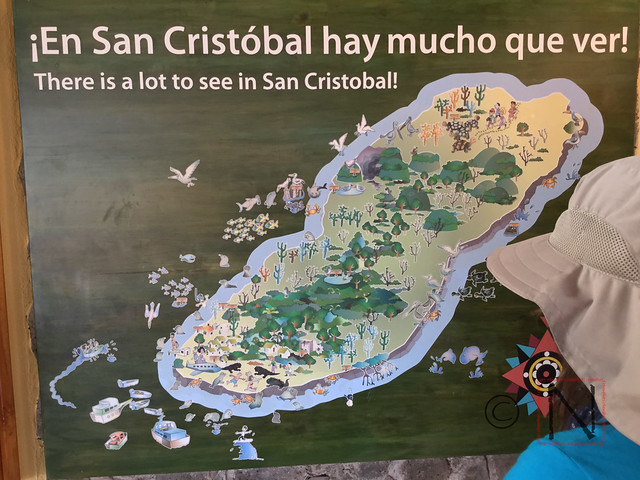 This time we had time to go through it slower. It was nice filling out the postcards on the deck of the center with the view of the harbor and the sun starting to come down. Note to couples: It was a nice quiet romantic spot for a sunset. We were able to drop the cards off at the center and we worked our way back to the hotel. 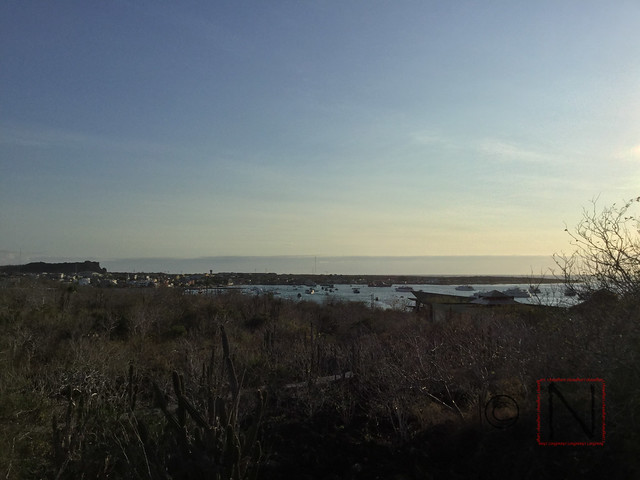 I came back to my room and showered up. Finally a warm shower! I had to clean off the dirt from my shoes and shirt from the fall since we’re supposed to try and keep from cross contaminating between islands.

I had the spaghetti with vegetables and coconut sauce. It was too filling and I probably wasn’t as hungry since we had to wait so long for food and drinks and I was already on my second large pilsner. The spaghetti was not exactly like the one from this afternoon but still good. The beer was the same pilsner. We played family feud after dinner. My team lost, thankfully just bragging rights. There was no dancing and we have to get up early to take the boat to the next island so off to the hotel for sleep. Some people got lost on the way back. Haha.